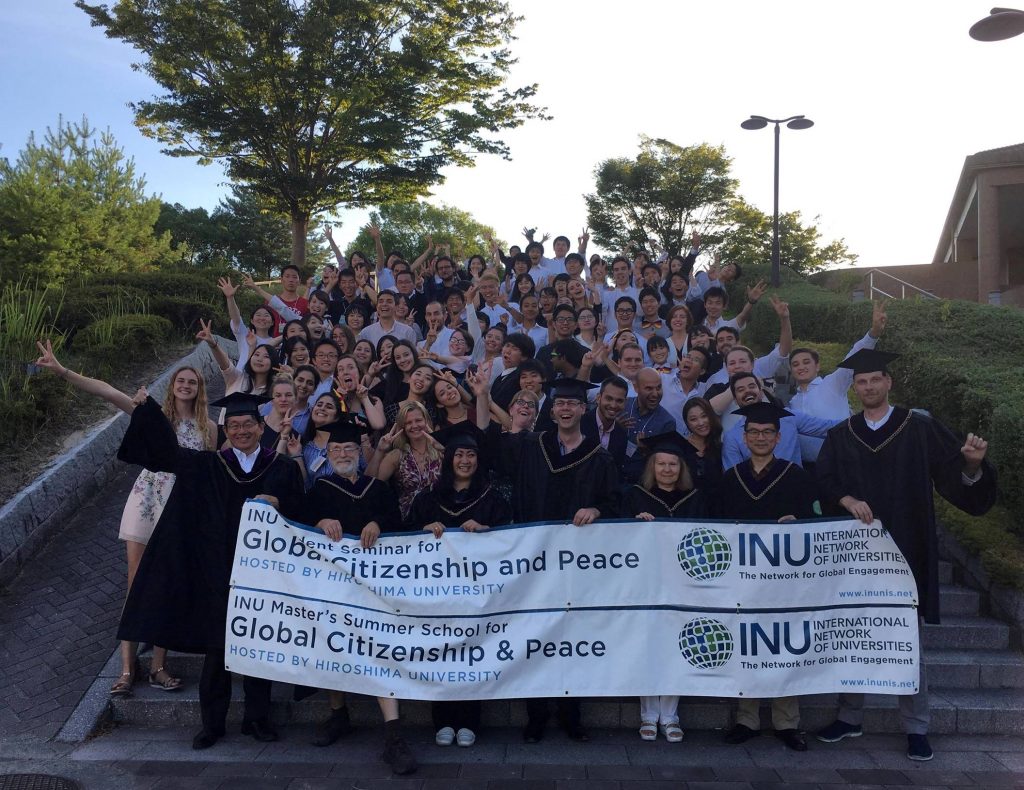 Following this, a keynote lecture was given by Associate Professor at the University of São Paulo Law School, Prof. Dr. Geraldo Miniuci and a guest lecture given by Assistant Professor Thanutchaporn Kumrungsee (Graduate School of Biosphere Science, Hiroshima University) on the Higashi-Hiroshima campus.

In addition, the students had a schedule of workshops and also prepared for the mock United Nations General Assembly role-play in each assigned group. Participants were divided into 10 groups as delegates of different countries for the role-play (United States of America, Brazil, Australia, Indonesia, to name a few)

On the final day the Role-play was held and the participants were given the opportunity to debate on the topic of “Food and Water Insecurity”. All students were engaged in serious and heated discussion from the points of view of their assigned country groups.

Full-time students at INU member universities can now win the chance to study abroad by applying for the 2018 Henry Fong Award for Global Citizenship and Peace. The award comprises a scholarship to study for a maximum of one semester at another INU member university without the need to pay tuition fees at the hosting university. A stipend of £1,500 GBP is also given to support travel costs and living expenses.