“Never before have I felt so penetrated by the goodness and resilience of people, and nowhere else have I made such amazing friends!  Thank you, Hiroshima, and INU!”   Casey Brewer, James Madison University (USA)

As our students from Argentina, Indonesia, Spain, Germany, South Africa, Sweden, UK and USA return back home from Japan, it’s a moment to reflect and marvel on the collective achievements and experiences of the International Student Seminar for Global Citizenship and Peace 2022!

This year’s theme was on ‘The Age of Artificial Intelligence: Opportunities and Concerns” which addressing varying view points in terms of the impact of AI technologies, socially, economically, environmentally, but also, in terms of surveillance, the restriction of human rights and the weaponization for of AI which is seen as a growing concern for global human security.

We also had a UN plenary lecture, a lecture on cross-cultural communication and two online keynote speakers.

An integral part of the program is the United Nations Role Play preparation. This is where students are allocated a country to represent, and during the seminar, each group needs to negotiate with each other, to propose and agree amendments to a draft UN resolution.  This year, the resolution was on “Developing an internationally binding instrument on prohibiting the production, commercialisation and use of Lethal Autonomous Weapons systems (LAWS).”  It was a particular challenge representing certain countries this year!

The seminar’s grand finale is a UN General Assembly Role Play, where students take on the role of their Country Delegation to express their countries views and try to pass

Impressively, and optimistically, the resolution passed in the role play, perhaps offering us all hope that in future, we may see LAWS being regulated by the UN in reality. 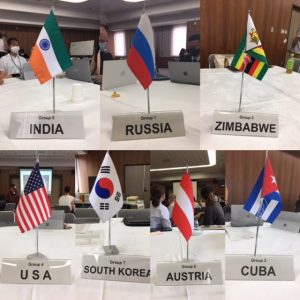 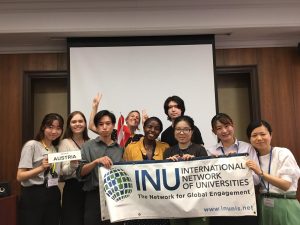 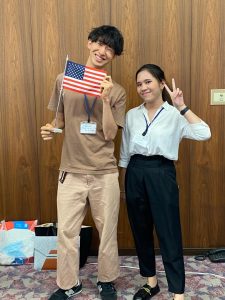 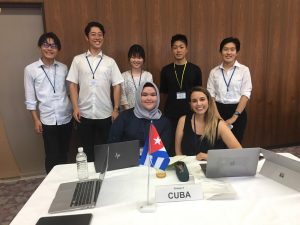 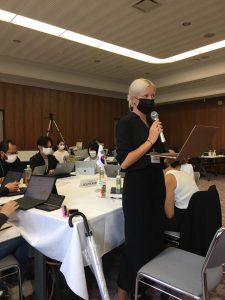 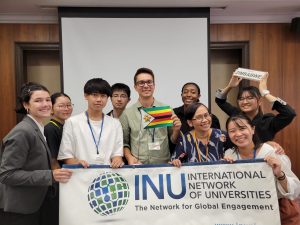 Each year, the International Student Seminar coincides with the anniversary of the falling of the atomic bomb, which caused utter devastation to the city of Hiroshima on 6th August 1945.  INU students and faculty speakers heard a poignant personal account from Ms Ogura, survivor of the A-bomb.  Ms Ogura who dedicates her life to Hiroshima Interpreters for Peace, shares her story internationally, to ensure that the atrocity will never be repeated.  Students then visited the Hiroshima Peace Memorial Museum and the site of the hypocenter of the bomb.

Student seminar participants also attended a commemoration event at Hiroshima University, which included viewing the incredibly moving film “08:15:  From Father To Daughter” a story of a young boy’s experience of the atomic bomb, which was produced by his daughter, Akiko Mikamo.  Akiko is a Hiroshima University graduate and spoke to the audience about why she made the film.  We also heard a concert with instruments made from trees that were affected by the atomic bomb.

Students decorated lanterns and joined the evening Lantern Ceremony on the Motoyasu River, where hundreds of lanterns are lit and float on the water, in memory of all those who suffered, and to send messages of peace to the world. 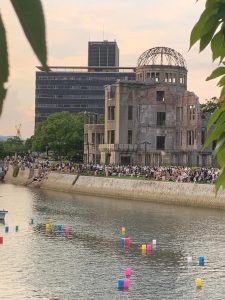 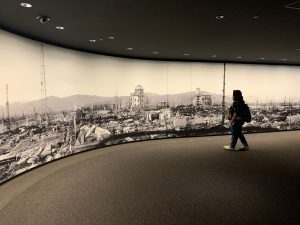 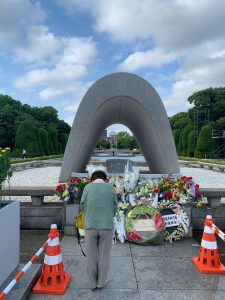 A highlight of the program was undoubtedly the Japanese culture session which was led by Hiroshima University students.  Students had the chance to write their name in calligraphy, practice origami, try out kendama (catching a wooden ball in a cup) and other traditional Japanese games, write a message of hope to hang on the bamboo tree, and also following the moves of Japanese dance, which brought much laughter and energy!

As anyone who has participated in INU’s International Student Seminar, it’s so much more than an academic learning program.  The friendships made and experiences in Hiroshima will last a lifetime!  With the students from Hiroshima University as our guides, we visited the temples and shrines on the island of Itsukushima, made origami cranes, sung our hearts out at karaoke, ate sushi/ okonomiyaki, rode bicycles, explored the city, shared experiences and made new friends from every corner of the world. 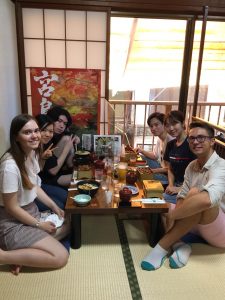 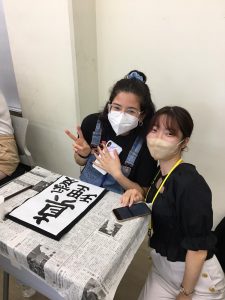 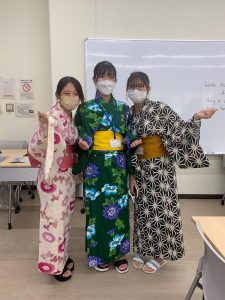 A huge thank you to all participants and speakers, for embracing the student seminar so whole heartedly, and going forward into the world as dedicated global citizens.   We look forward to seeing where life might take you next!

INU student seminar participants are encouraged to apply for the Henry Fong Award of $2,000, a travel bursary which enables the recipient to spend time at another INU member university.  The deadline to apply is 7th September 2022. 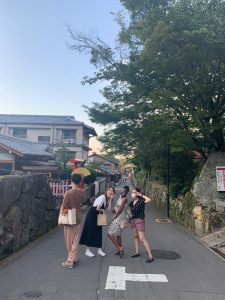 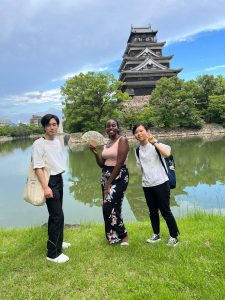 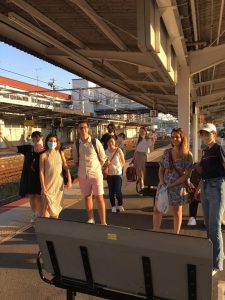 “INU is an experience that broadened my perspectives academically, personally and culturally in a way that will stay with me forever.”   Erin van der Westhuizen, Stellenbosch University (South Africa)

“The Seminar continues to proliferate the enduring desire for peace, understanding that we much look to learn internationally and holistically to achieve such a beautiful goal.”   Alex Mines, Kingston University (UK)

“Through this seminar, I think the spirit of positivity and challenge have grown. When I saw an international student speaking in front of everyone, I was encouraged to speak too. Being able to express my opinion in English in front of a lot of people felt growth for me. 2022 summer vacation with International students became an unforgettable memory!”   Honoka Hiranouchi, Hiroshima University (Japan)

“My experience of the Seminar has been amazing, I made lots of new friends from different cultures and parts of the World. The seminar has also given me the opportunity and also the motivation to keep on learning about AI.”   Rocío Etchepare, Universidad Nacional del Litoral (Argentina)

“Thank you for giving us the opportunity to live such an unforgettable experience.”   Nerea Perales Domini, Rovira i Virgili University (Spain) 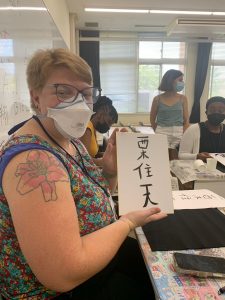 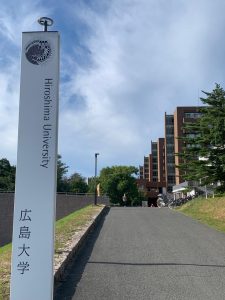 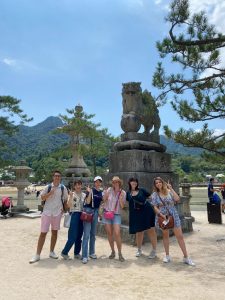 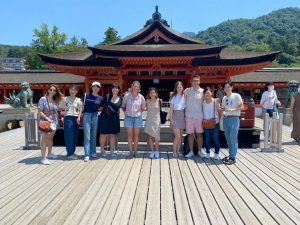 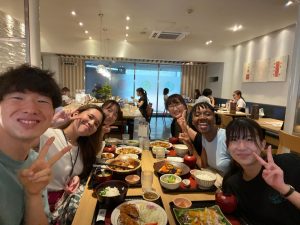 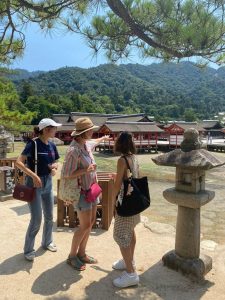 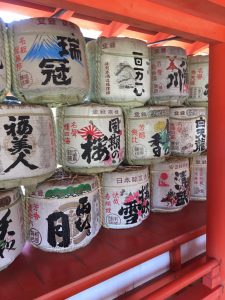 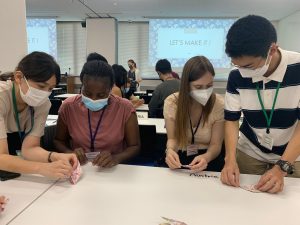 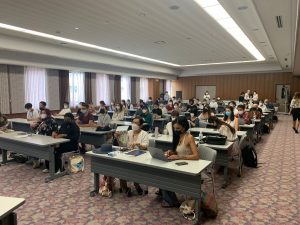