The winner of the 2014 the Henry Fong Award is Mr. Yesaya Raditya, student at Ritsumeikan Asia Pacific University, Japan. The selection committee provided the following statement:

Yesaya Raditya Chrstianto was a committed participant in the 2014 INU Student Seminar on Global Citizenship and Peace. In addition, he wrote an essay that demonstrated a deep and personal stake in the idea of global citizenship. Global citizenship, he argued, is a particularly challenging idea. It is generally easier for people to stress cultural differences, linguistic differences, and historical differences than it is to engage meaningfully across various divides. Given the fast pace of contemporary social change, though, it is necessary for people from different backgrounds and cultures to prioritize cross-cultural engagement and to overcome cultural insularity. Such engagement will increase tolerance, promote the peaceful resolution of conflicts, and foster global empathy.

The Henry Fong Award 2014 consists of a stipend of USD 2000 towards Yesaya’s plans to spend the Fall 2015 Semester at James Madison University, Virginia, USA.

Thank you to all applicants for your contributions! 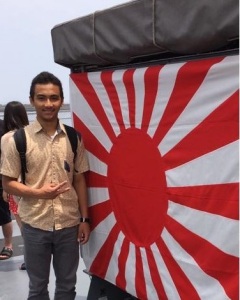